nourishing mind, body and soul with my passion for organic skin care, wellbeing, champagne, luxury travel and my two grandkids

After nine years in Dubai I have seen many levels of service in places where service is to be expected. It varies from very good to non-existent!

Without naming names, one of the worst shops for me to visit is a certain American Department Store at Dubai Mall. The last time I was there, and I think it’ll be just that – THE LAST TIME, I got no attention whatsoever as I entered the small lingerie and swimwear section. I admit feeling a bit lost surrounded by panties smaller than my hair ribbons, but I’m always hoping they’ll have bigger sizes hidden away in a drawer somewhere. I finally picked-up a pair and asked the female shop assistant, “Excuse me, do you have these in a bigger size?” Barely glancing in my direction she handed me another pair – just as small and as different to the one I asked for as chalk and cheese – before returning to her male colleague to continue what must have been a very important conversation. On my way out I turned and asked very calmly, “Are the two of you actually working here?” With a look of shock they both answered with a loud, “Yes!” to which I replied, “Really? Service people, service! Honestly?” and walked out. The look of disbelief on their faces as to what just happened almost made the visit worthwhile.

I know I didn’t look like a million dollars, but I had money in my purse and I was prepared to spend it! We can all have bad days, God knows I’ve had mine, and if this had been a one-off experience I wouldn’t have bothered mentioning it, but because it has been the norm more than the exception for me when visiting the department store in question – it deserved a blog post!

To be fair, I must add that the above mentioned department store also has a large home section located elsewhere in Dubai Mall – a place I’ll gladly return to…

What inspired me to write this blog post was not the total lack of customer service from a high-end department store. The inspiration came after receiving two unexpected phone calls on Friday.

The first call came from Meara Dougherty, a South-African therapist at Talise Spa. Meara gave me a wonderful facial about two weeks ago, during which I told her about my upcoming trip. On Friday Meara called to ask if I had enjoyed my trip to Cyprus and if my skin was agreeing with the new cream she recommended. Wow! It took Meara less than five minutes to make that call, but it certainly made me feel very special.

The next call came from Bouthaina Shibli, a customer service adviser at the Duxiana Shop in Dubai Mall. She called to inform me that they had just received the pillow I was waiting for. Not so special perhaps. What makes this story unique is that back in March we bought two of the same pillow from Duxiana. After a while we realized that one was less dense than the other, making it too soft and flat. When returning the pillow to the shop two weeks ago, my speech was ready… but there was no need! Bouthaina had no problem accepting that the pillow was indeed not up to standard. After talking to her manager the next day, she called to say that Duxiana would replace the pillow as soon as they received the new stock, expected medio November. Imagine my surprise when Bouthaina called me on Friday, November 16th, to tell me that the pillow had arrived as promised. How wonderful was that!

Thanks to Meara and Bouthaina for understanding the value of good customer service – and for making my day! 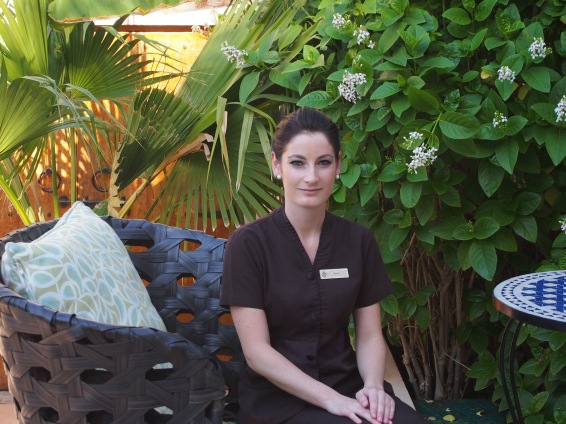 2 thoughts on “Exquisite service – twice in one day!”